The bill that would ban school calendar and schedule as topics of bargaining did not come up for a vote this week – your calls and emails to lawmakers ensured the state House leadership could not rally enough “yes” votes to forward HB 4163 to the Senate.

The House adjourned just before midnight on Tuesday without taking action on the measure that would silence educator voices on issues that affect student learning conditions – matters such as school start and end times, parent-teacher conferences, and prep periods, among others.

And in addition to the calls and emails – for the second week in a row – MEA members and leaders traveled to Lansing to personally lobby legislators against a bill with destructive consequences for public education.

Sue Ziel, president of the Romeo Education Association, said she volunteered to lobby both times. The experience was exciting and eye-opening and hard to describe, especially given the success in fighting off a planned vote on the calendar/schedule bargaining ban, she said.

“Members who are being told ‘Make the phone calls – write the letters’… they need to hear – it does work, and (politicians) are listening,” Ziel said. “They may have their agenda, but they’re also listening to what’s coming at them.” 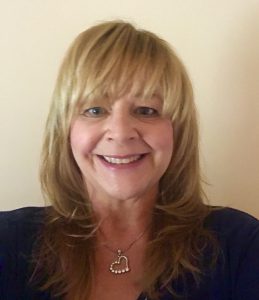 The House is not scheduled for another session day until July 12 and is unlikely to return for any significant length of time until September.  House lawmakers did vote yesterday to concur in SB 401, the pension legislation we fought last week, which now goes to the governor for his signature.

Read our preliminary analysis of the legislation here.

We wrote last week about political takeaways from the pension battle – including video reminders that many legislators fought a good fight on our side.

And in a Detroit Free Press  op-ed, Sen. Curtis Hertel, Jr. (D-East Lansing) criticized the pension changes as the result of an influx of big money from special interests interested in undermining public education.

Still it’s important to note our strong and sustained opposition to the original bill – which would have closed the hybrid plan altogether – pushed many Republicans to oppose it and led to a compromise in which the hybrid plan remains as an option, along with a beefed-up 401(k) plan.

“Things aren’t exactly how we’d like them to be, but that’s for next time, right?” Ziel said.

One of the benefits of giving up two days of her summer for lobbying is that the middle school social studies and language arts teacher can back up what she’s long told her members: There are MEA people fighting for you in Lansing every day, so you can do the job you want to do – educating students.

“I tell my people – while you’re in the classroom doing what you love, there’s a voice of yours talking to people, talking to the House, talking to the Senate. But to actually see it in action, to see the skill of our MEA lobbyists firsthand… I was very fortunate to be able to witness that.”

It’s a message she’ll take back to her members, Ziel said: “I’m very thankful that I have this union, MEA, to be that voice when we can’t. It frightens to me to think it would ever go away.”

Applications due tomorrow for Whitmer’s Return to Learning council
May 19, 2020
State Board, NEA Push for Federal Funding to Education
May 13, 2020
Legislative Resources