Before adjourning for much of the summer – except for one scheduled session day in July – the state House passed an education budget that now goes to the Senate this Thursday. The education spending plan is expected to be signed by the governor shortly after that. 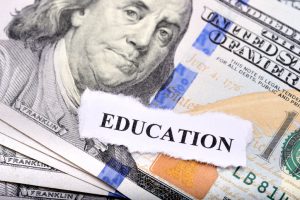 A review of the budget’s highlights is below. For more specific information, you can read the House Fiscal Analysis.

Per Pupil Increase:
The final budget has the 2x formula and increased the foundation allowance between $60 and $120 per pupil.

In addition, $11 million has been appropriated to add $25 per pupil for all high schools students in grades 9-12.

Third Grade Reading:
This budget appropriates $26.4 million for literacy coaches, professional development, diagnostic tools, etc.  The money will be distributed to districts in an amount equal to $210 per 1st grade FTE.

$100 million to maintain the current district contribution rate for MPSERS.

An additional $200 million will be paid toward the MPSERS unfunded liability.

Declining Enrollment:
No money has been provided for declining enrollment districts.

Educator Evaluations:
No additional money has been appropriated.

There are several changes to Boilerplate language.  Three that are particularly important to us include:

Recording of teletownhall with medical experts on COVID-19 and school reopening
July 31, 2020
1 Comment