Brett Smith says he was the “unknown” on the ballot this spring, but he didn’t come out of nowhere. He emerged from the battlefield. 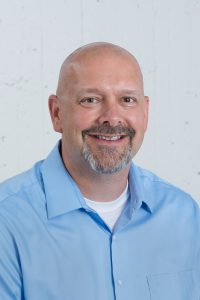 Brett Smith has been an MEA member since 2000. In addition to holding office in the Linden Education Association, Smith has served as treasurer of the 10G Coordinating Council—drawing on his degree in Business Finance and previous experience working for General Motors and Ameritech.

Constant attacks on educators by out-of-touch politicians did not fit the reality he saw every day working as a teacher: school employees caring for kids, providing a safe place to learn, working weekends to deliver quality education.

When Republican lawmakers passed so-called “Right to Work” legislation in 2012, the Flint-area native reflected on experiences growing up in a UAW family. He knew educators’ voices were being silenced—and that silencing would be devastating to kids.

“I decided one day I needed to get more involved,” the Linden fifth-grade teacher said. “I’m a natural leader; I’m not the kind of person who can just sit around and talk about frustrations without saying what do we do to fix it, and how can I be part of the solution?”

He attended MEA’s Local Presidents Academy (LPA) after working up the ranks to become head of the Linden association. Last year, he and Kalamazoo’s local president—Amanda Miller—visited leaders in Minnesota and Illinois to share information about battling against anti-public education and anti-union laws and policies.

“It was so powerful to me that when I came back—I didn’t want to fight to stop the bleeding; I wanted to fight to win back the rights that public education has lost in Michigan,” he said.

As incoming Secretary-Treasurer, he hopes to work with the MEA Board of Directors to simplify the dues payment process, offer incentives to high-performing locals, make information more accessible to leaders, and create avenues for member and leader feedback.