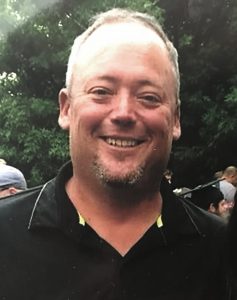 Jason Stidham has lived every educator’s nightmare. A high school English teacher for 20 years, he was laid off last June—despite his “Effective” rating—when his Michigan district needed to make staffing cuts.

His evaluation score was two-one-hundredths of a point lower than a newer, younger colleague, and suddenly, “My district was no longer obligated to honor the commitment it made to me, although I had honored mine since 1998.”

He had done everything right—earned a Master’s degree, continued developing professionally, applied what he learned to help his students—but it hadn’t made a difference. “I was teaching at the wrong place at the wrong time,” he wrote in an essay about the experience.

Stidham believes the subjectivity of the state-required evaluation tool cost him his job. For example, his planning score dropped from 4 (highly effective) to 2 (minimally effective) in one year.

“What happened between those two scores? I have no idea. There was no conversation.”

He knows administrators have struggled to find time to fulfill the many requirements of the system mandated by law in 2015. But the lack of feedback was extremely frustrating, he said.

Stidham applied for dozens of jobs over several months before accepting a position teaching in a STEM program with an emergency certificate while he works on a permanent credential.

Read Stidham’s moving essay about his struggles, and his plea to lawmakers to “ensure the consequences of their decisions are beneficial rather than crippling,” at mea.org/jason-stidham. 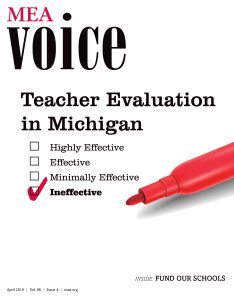